About the North Shore 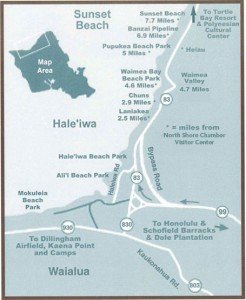 Heading north out of Honolulu, the North Shore’s inland border is Dole Plantation, outside of Wahiawa. From the elevated Dole pineapple plantation, Highway 99 offers gorgeous views of the North Shore and its expansive mountain range and coastline. Much of the land that lies between Dole and the ocean shoreline is to this day used for agriculture and accounts for the majority of O’ahu’s agricultural production. Local products include tropical flowers, fruits, especially pineapple, taro and other vegetable crops, coffee, chocolate, and seed corn, fish, shrimp, meat, breads, oils and lotions.

Taking a straight line down Highway 99, the North Shore is bordered by a spectacular coastline that has had a large hand in defining the modern-day ambience of the region. Giant winter swells that dominate from November through March have given rise to a thriving surf-driven economy that has earned the North Shore its nickname of surfing’s “Mecca”.

Heading west from Hale’iwa, the region is bounded by the Waianae mountain range, including Mount Ka’ala – the tallest peak on O’ahu, and Ka’ena Point – the western-most tip of the north-facing shoreline where the Ka’ena Point Natural Area Reserve was established in 1983. On the mauka or mountain side of the road leading to Ka’ena Point is Dillingham Airfield, which hosts skydiving and gliderports and small recreational aircraft.

Between Hale’iwa and Ka’ena lay many white-sand beaches, including the kite-surfing beach of Mokule’ia. Of all the North Shore, this stretch between Ka’ena, Hale’iwa and Dole most represents the North Shore of days gone by, with old plantation homes, fieldworker’s camps and farming and ranching activity.

Historic Hale’iwa town is worth a day-trip on its own. As the economic hub of the North Shore, the town was designated a State Historic, Cultural and Scenic District in 1984 by the City and County of Honolulu. Included in the National Trust for Historic Preservation’s Main Street program, all new buildings must adhere to a design plan that reflects the territorial architecture of Hale’iwa’s earlier sugar industry period. The town is home to 30 historic buildings featuring plantation architectural styles influenced by the Waialua Sugar Co.

Hale’iwa’s Main Street houses many unique, locally-owned businesses that range from boutiques to fish shops, from surf shops to shave ice, as well as a wide variety of restaurants that cater to every taste.

To the east of Hale’iwa, what is commonly referred to as the “North Shore” stretches as far as the Polynesian Cultural Center in La’ie, encompassing world famous beaches the likes of Waimea Bay, Pipeline, and Sunset Beach. Home to the largest and longest running surf series in the world – the Vans Triple Crown of Surfing, the North Shore’s waves have permeated at every level, influencing lifestyle, local art, restaurants and stores, as well as accommodation and visitor cycles.

Points of interest along the way include the Pupukea Marine Life Conservation District, which encompasses Waimea Bay, Three Tables and Shark’s Cove and was established in 1983; Waimea Valley, today stewarded by Hi’ipaka a subsidiary of Office of Hawaiian Affairs; Pu’u O Mahuka Heiau – the largest heiau (Hawaiian religious site or temple) on O’ahu; the Turtle Bay Resort, and Kahuku – the northernmost point of O’ahu and site of several shrimp/prawn farms and roadside lunch wagons and the site of the old Kahuku Sugar Mill.

Winter (October – March)
Winter is surf season on the North Shore. November through February are particularly busy, as surfers and spectators flock to our community for the world-class winter waves. Temperatures are cooler and in general, the weather is wetter, windier, and less predictable. 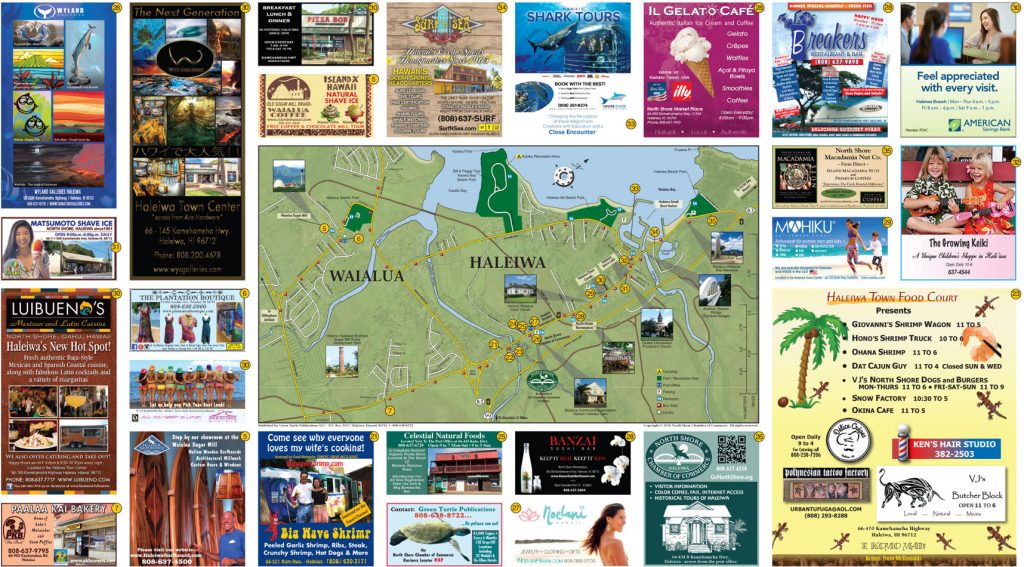 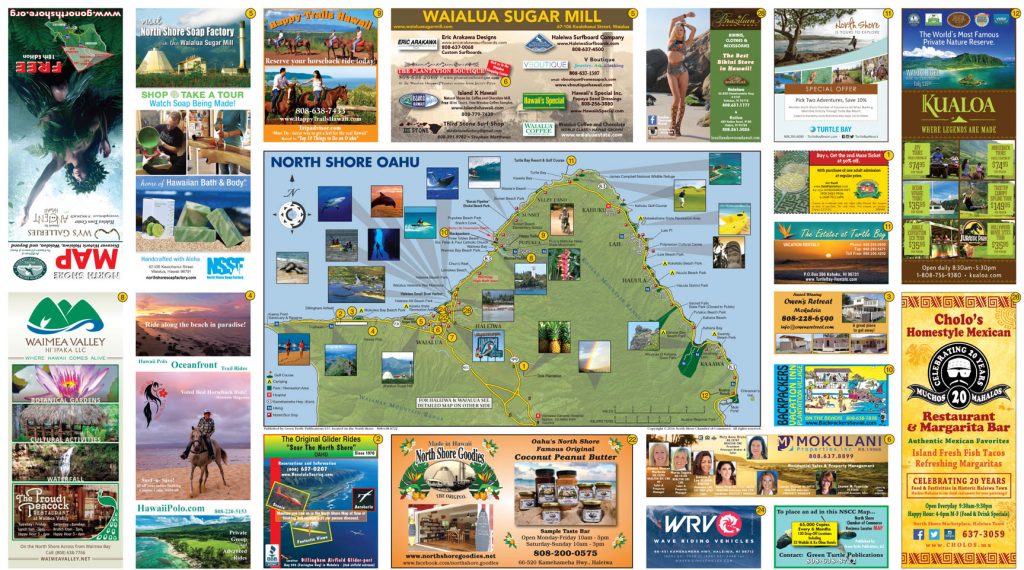